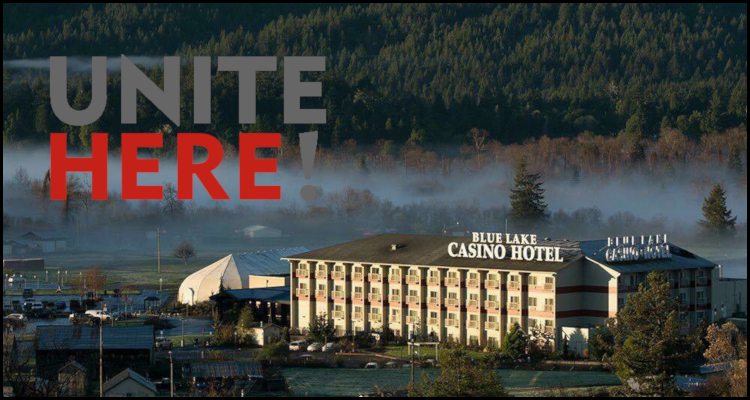 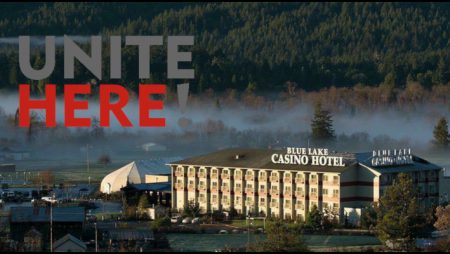 In northern California and the Blue Lake Rancheria has reportedly inked a deal that is to see workers at its Blue Lake Casino and Hotel venue unionize under the protection of the Local 49 chapter of the Unite Here trade union.

According to a report from local television broadcaster KRCR-TV, the move means that the 102-room Humboldt County facility will soon become the region’s first tribal-owned enterprise of its kind to unionize so as to provide additional benefits to anyone employed by its hotel, casino, convenience store, gas station and trio of restaurants. The source explained that the maneuver comes after the federally-recognized tribe initiated an intensive three-month program of negotiations aimed at satisfying the desires of its many workers amid an ongoing staff shortage that has simultaneously severely impacted the entire state’s retail, hospitality and service industries.

Jason Ramos (pictured) serves as an administrator for the Blue Lake Rancheria and he reportedly told the source that the unionization program will allow Blue Lake Casino and Hotel employees to access more competitive wages and bank any time off up to double their normal accrual. He purportedly went on to detail that there are to additionally be more benefits for working parents with part-time staff furthermore able to take advantage of paid time off.

A statement from Ramos reportedly read…

“The Blue Lake Rancheria supports organized labor and a year ago readily agreed to a fair process under which employees could choose whether to unionize without interference. Once the workers made the decision to unionize, the tribe negotiated in good faith to achieve a mutually beneficial contract in a short timeframe.”

For its part and the Times-Standard newspaper reported that the Blue Lake Rancheria started off the year by awarding non-tipped Blue Lake Casino and Hotel workers with a $2 hourly pay rise while giving their tipped brethren an associated 50% boost. The venue is to purportedly follow these moves in January by instituting a further 50% across-the-board increase and introducing a new four-step grievance process.

Sarah Pearson serves as an organizer for the Local 49 chapter of the Unite Here trade union and she reportedly told the newspaper that the fresh grievance process will allow Blue Lake Casino and Hotel workers to contest disciplinary actions beginning with their line managers before going on to human resources and a mediation operation before ending via an arbitration exercise chaired by Ramos. She purportedly disclosed that her organization is to be moreover tasked with gathering any relevant information and informing complainants as to whether it believes their punishment is warranted.

“The financials were a big deal as people really wanted to make more money. Up here in Humboldt County the wages aren’t as high as they are in other places so getting those workers up to the same standard and then just having a voice on the job was really important to them. Say someone has been there a year, so they only get 60 hours of paid time off but want to go on a trip that’s going to be a couple of weeks, they can now bank their paid time off and save it for something like that.”