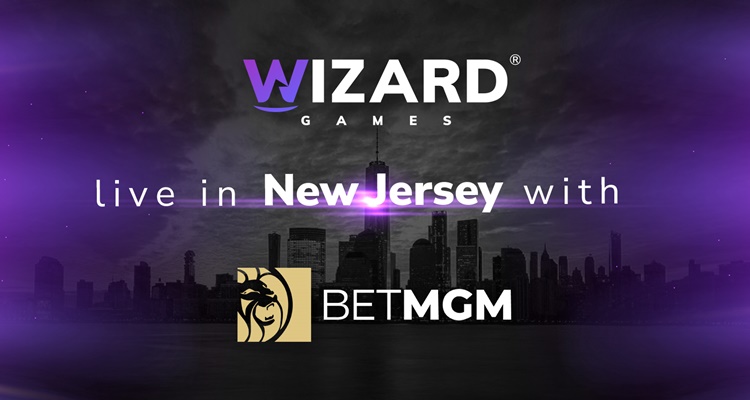 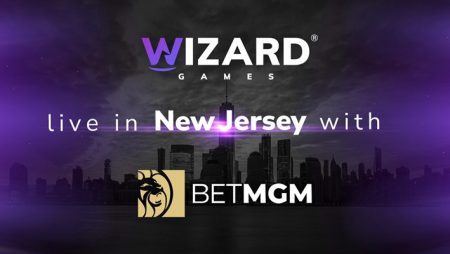 Expanding a relationship that began in February this year, Wizard Games has taken its partnership with BetMGM to New Jersey, in a deal that has seen its games made accessible to the sports betting and iGaming operator’s players in the Garden State.

The collaboration is the second in the U.S. after earlier this year the NeoGames S.A (Nasdaq: NGMS) subsidiary’s content went live on the BetMGM Casino platform in West Virginia. The extension agreement strengthens the strategic partnership between the pair and grows the Gibraltar-based game studio’s reach in the U.S.

Courtesy of the deal, all of Wizard’s titles, including top performers such as the Game of Thrones-themed, Dragons of the North, the 5-reel, 3-row, 50 payline adventure, Wolf Riches, Spirit of Mustang and more, can now be enjoyed by players in New Jersey at BetMGM Casino, Borgata Casino and Party Casino via Pariplay’s Fusion platform.

“Wizard Games combines innovative mechanics with exciting gameplay and themes, and we’ve been very impressed with how the products have performed so far. Expanding our relationship into a new market is a logical next step for both parties, and we’re confident that it will have a positive outcome,” read a statement from Oliver Bartlett, Director of Gaming for BetMGM.

In addition to the U.S., the Gibraltar studio has made quick work of establishing its slots across key European markets, including in Italy with NetBet and most recently with international gaming company Paf for the Scandinavian countries of Estonia, Spain, Latvia and Sweden. The developer combines “time-tested recipes with fresh, innovative ideas,” and its more than 120 titles are certified for over 20 regulated jurisdictions in North America, Europe and Latin America.

Managing Director for Wizard Games, said their partnership with BetMGM is one they are “extremely proud of, so naturally we are delighted to be expanding into New Jersey, one of the most iconic gaming markets in the U.S.”

Hurtado adds that their games “continue to perform well” in the U.S. and they are “very pleased” to increase their footprint in North America.

The latest deal follows a trio of releases from the game developer, including the sequel to the Game of Thrones-themed, Dragons of the North, which adds Big Time Gaming‘s (BTG) Megaways mechanic for up to 117,649 ways to win, Ice Ice Hockey and Wildwood Buffalo, with its popular theme and Boost feature, which when triggered increases the original bet by 25 percent and adds more Scatters to the reels to increase the chances of activating Free Spins.

Recent News
FUGASO makes Livespins debut
23 mins ago
Nolimit City is revving up with their latest release, ‘Road Rage’
23 mins ago
Spinomenal secures B2B UKGC licence
23 mins ago
Announcing the shortlists for CEEG Awards 2022 (Central and Eastern European Gaming Awards)
23 mins ago
Recent Comments
Categories
Recent Posts
18+
Gambling News from NewsCasinoNew.com is made for the most passionate fans of online casinos and internet gambling. We cover everything: from popular gambling world events and trends to new casino slot game releases and reviews, you will find the latest news stories.