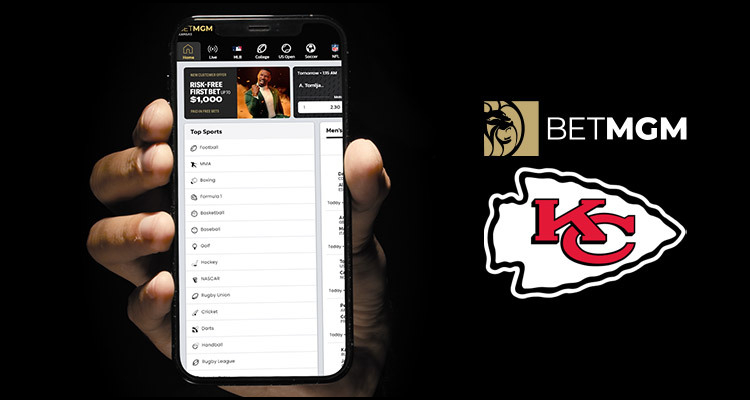 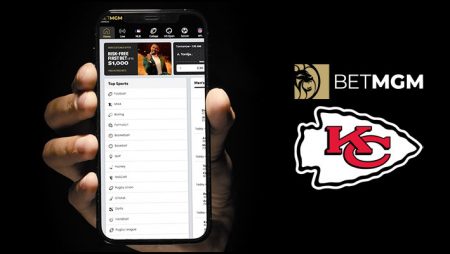 In the United States, the BetMGM retail and online sports wagering enterprise have announced the signing of a deal that is to see it become the official sports betting partner for the Kansas City Chiefs franchise of the National Football League (NFL).

The concern of American casino operator MGM Resorts International and British iGaming behemoth Entain used an official Thursday press release to detail that the multi-year alliance comes into force as the state of Kansas begins rolling out retail and online sports betting following the ratification of enabling legislation some five months ago. The enterprise also explained that its mobile-friendly sportsbook has already gone live for bettors in ‘The Sunflower State’ via a relationship with the Kansas Crossing Casino and Hotel property after its licensing by the Kansas Racing and Gaming Commission.

Although the Kansas City Chiefs’ 76,000-seat Arrowhead Stadium home is located in the neighboring state of Missouri, BetMGM disclosed that the arrangement will allow it to begin marketing its wares into Kansas, which is home to almost three million people. The concern moreover noted that the 63-year-old team is the sixth most popular NFL side in the United States and received high praise a few years ago after defeating the highly-rated San Francisco 49ers to win Super Bowl LIV.

Matt Prevost serves as the Chief Revenue Officer for BetMGM and he used the press release to divulge that the Kansas City Chiefs deal is to see his operation’s logo appear on signs throughout Arrowhead Stadium. The experienced executive furthermore declared that the sportsbetting firm’s content will now feature across digital channels controlled by the gridiron side encompassing ‘special offers, game day experiences and prizes available to fans and season ticket members’.

Read a statement from Prevost…

BetMGM noted that its Android and iOS-friendly online sports wagering app is now available via the desktop domain at BetMGM.com to aficionados in 24 American jurisdictions encompassing such prominent markets as New Jersey, Michigan, Illinois, and New York. The concern additionally stressed that the Kansas City Chiefs deal was inked just a few weeks before the team is set to kick off its 52nd NFL season courtesy of a September 11 away game against the Arizona Cardinals.

For his part and the President for the Kansas City Chiefs, Mark Donovan, described BetMGM as ‘an industry leader’ that has become the latest member of the ‘Chiefs Nation’. The executive finished by asserting that his organization has ‘invested significant time and energy advocating for sports wagering legislation’ and is now pleased ‘to open the doors for our fans to add to their experience for the 2022 season and beyond’.