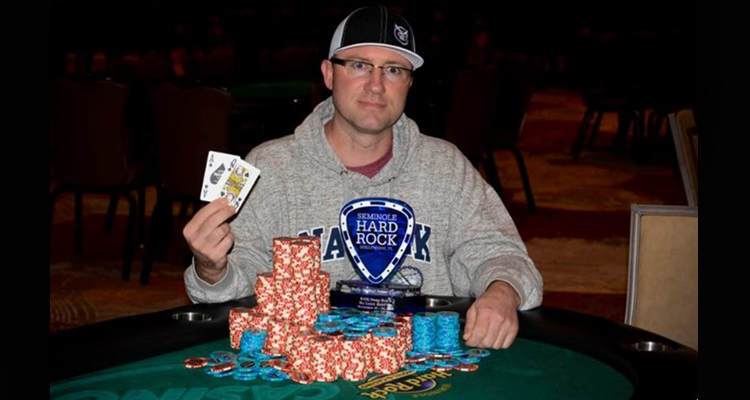 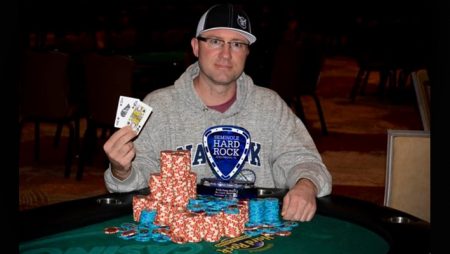 The 2019 Seminole Hard Rock Rock ‘N’ Roll Poker Open is in full swing down in South Florida. Side events as well as major tournaments are planned during the series. Event #1, a $400 Deep Stack No Limit Hold’em tournament just recently finished up, offering $1 million in guaranteed prize money. Of the 4,699 players competing, it was Ben Boston who would take the first place win after a six player deal took place.

It would take about three hours of play yesterday to whittle down Event #1 to the final six. After the remaining six players competed for a bit, they all decided to agree to a deal. The lowest payout was just over $114,000 so everyone was happy with the split.

In most cases, a chop involves three players. However, during the Poker Open, all six were able to come to an agreement and earn a payout based on their current chip count.

According to the Seminole Poker Open…

Second place finisher, Pedro Catinchi, was an amazing comeback story for the event. At one point, he was down to a single chip and managed to build his stack back up and eventually gained the lead when only 13 players remained.

By the time the deal was struck during the poker event, he was only two chips behind Boston. He would have to take the number two spot, narrowly missing the first place finish, but ending the event with a major comeback story!