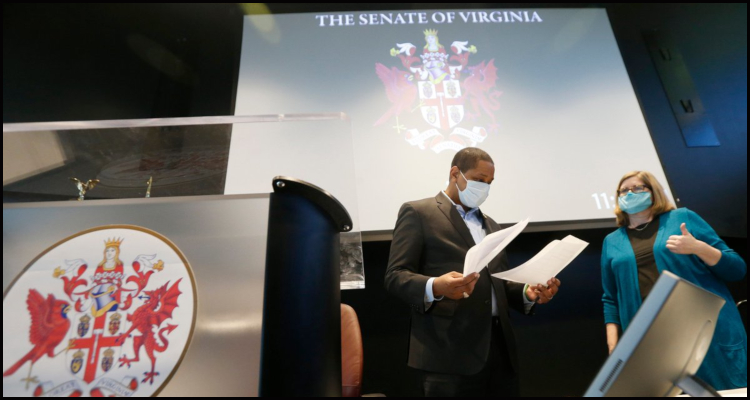 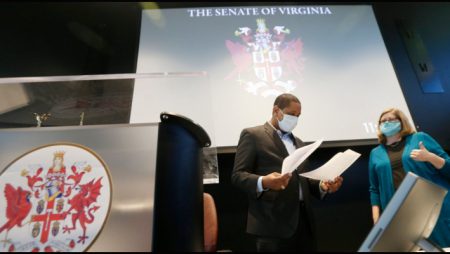 In the southern American state of Virginia and local lawmakers have reportedly approved amended legislation that will soon see the residents of five disparate cities given the right to vote on whether their communities should play host to a casino.

According to a report from Yogonet.com citing a Saturday story from the Bristol Herald Courier newspaper, the Virginia State Senate and Virginia House of Delegates first approved the casino-legalization measure early last month and were hopeful that it would consequently be signed into law by Governor Ralph Northam (pictured).

However, the bodies were reportedly left frustrated after the first-term Virginia governor returned the proposed legislation unsigned and complete with amendments that called for the state to use its portion of any new tax revenues from the planned casinos specifically to help fund the construction and repair of schools.

Yogonet.com reported that the Democratic-controlled legislative bodies subsequently reconvened for a special vote on Wednesday and accordingly passed the amended legislation, which means that voters in the cities of Danville, Bristol, Norfolk, Richmond and Portsmouth are now set to be presented with the chance via a November 3 referendum to decide whether their economically-challenged communities should each play host to a single privately-owned casino featuring a minimum $300 million price tag.

The Bristol Herald Courier cited an official 2019 investigation conducted by Virginia’s Joint Legislative Audit and Review Commission as predicting that the five planned casinos could generate an aggregate profit of about $970 million within five years. This examination purportedly detailed that this would lead to an annual windfall for the state worth approximately $114 million in addition to around $65 million for the various host communities and their surrounding regions.

Regarding the envisioned casino for the city of Bristol and the newspaper reportedly explained that local businessmen Clyde Stacy and Jim McGlothlin now intend to partner with operator Hard Rock International so as to push for permission to realize the $400 million Hard Rock Casino Bristol. It purportedly clarified that this may lead to as much as $7.8 million every year for the community of 17,000 inhabitants and enrich the state’s coffers to the tune of some $15 million.

“We find ourselves in even more difficult economic conditions than when this legislation started and completion of this project could not come soon enough considering the overall economy of our city and nation at this time. The resort project is definitely worth pursuing by our city and all the hard work is worthwhile if we accomplish the end result.”

Yogonet.com reported that last week’s unique legislative session, which was conducted within the confines of the Science Museum of Virginia owing to the ongoing coronavirus pandemic, moreover saw the mask-wearing lawmakers approve a Northam-amended measure that will see ‘The Old Dominion State’ become the latest to legalize sports wagering.

As if this wasn’t enough, the socially-distanced legislators furthermore reportedly consented to a decree that will permit skill games to be legally offered by venues in Virginia until July of next year. Yogonet.com explained that these machines have long been operated in something of a ‘grey zone’ although 60-year-old Northam later purportedly declared that he will veto any subsequent legislation that could supply these innovations with a more secure legal footing.

In exchange for being granted the ability to operate skill games, venues will now reportedly be required to pay a monthly $1,200 tax on each machine, which is expected to generate approximately $150 million that the state consequently intends to use to help subsidize a relief fund for small businesses struggling against the economic impacts of the coronavirus pandemic.