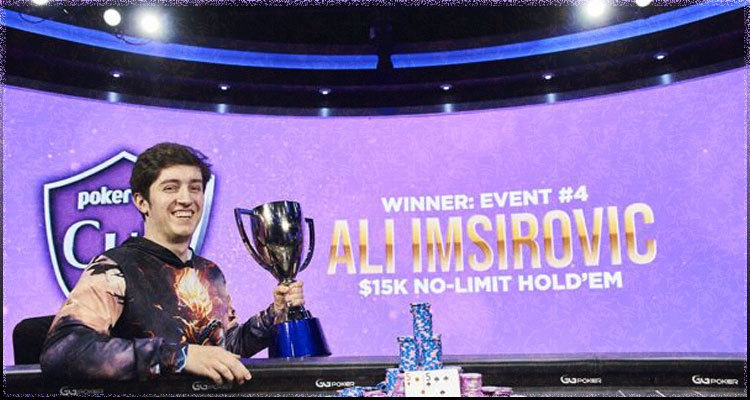 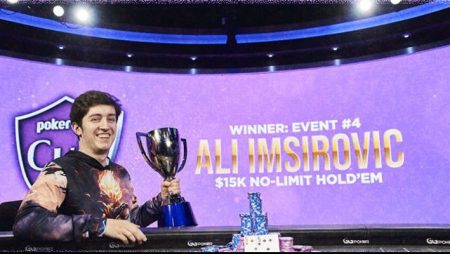 Ali Imsirovic is on fire in 2021. Having competed in several poker events this year, Imsirovic has claimed a few title wins and seems to be an unstoppable force at the poker table. Just recently, Imsirovic earned the first-place finish at the PokerGO Cup Event #4, a $15,000 NLH event, earning $240,000.

This win came after he earned first place in Event #2 of the series. Along with these two wins, Imsirovic has also cashed out in 16 more events during this year’s PokerGO Tour. Overall, he has earned over $2 million just from this series.

This event had 50 entries and created a large prize pool of $750,000. The final table took place at the ARIA Resort & Casino in the PokerGO Studio. Poker fans were able to watch the action as it took place by using a PokerGO subscription. Events that take place at the studio are streamed live so that fans can watch as the best of the best take on each other at the felt.

In the end, it was Daniel Weinand and Imsirovic that would meet in the heads-up round. When the round began, Imsirovic had a much larger stack than Weinand, but after battling back, the two would be pretty even before the final hand went down.

On the final hand, Imsirovic came in with pocket fives from the button. Weinand checked with 8-3 of clubs. The board fell 6-5-7 which gave Imsirovic trips, and he decided to call a minimum bet by Weinand, who was hoping for a straight.

A 2 landed on the river and Weinand bet three big blinds. Imsirovic decided to up the ante and push with 12 big blinds. Weinand then pushed it to 27 big blinds and Imsirovic bet again which pushed Weinand all-in.

Weinand was hopeful that the river would be one of his outs, but unfortunately, it was not. The Ace of spades on the river helped secure the hand for Imsirovic, giving him the first place finish and his second PokerGO Cup title win. Weinand would have to settle for the second place position.