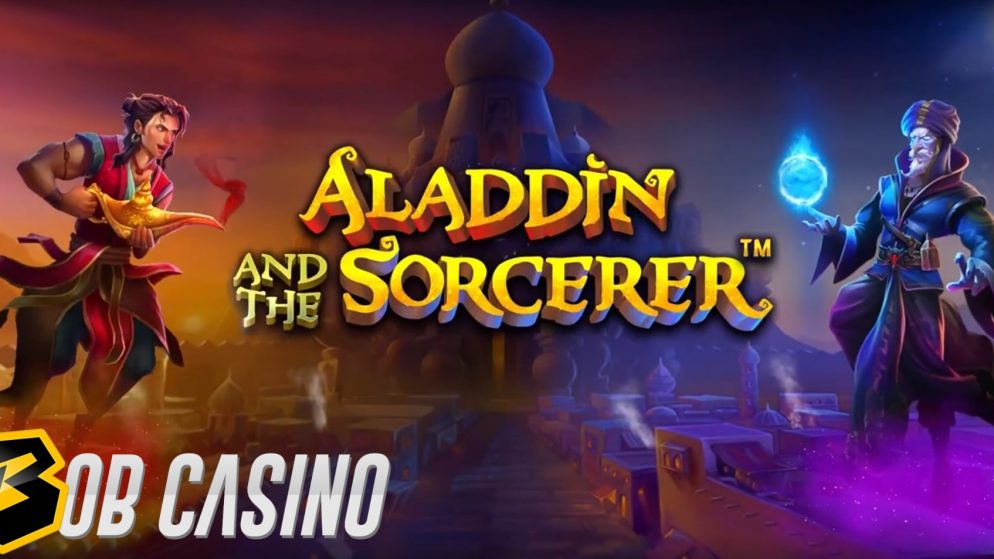 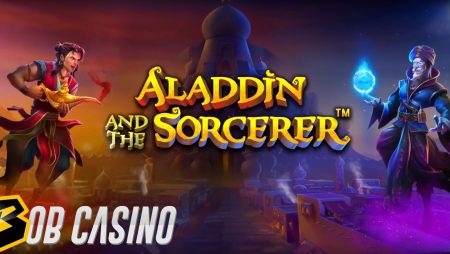 Aladdin is one of the most famous and recognizable characters of Arabian nights. He appears as an indolent son of a poor tailor who’s tricked by a sorcerer into entering a treasure-laden cave to steal a magical lamp. Upon seizing it, however, Aladdin outsmarts the sorcerer and decides to keep the lamp for himself. These two cunning characters return to face off each other in Pragmatic Play’s new slot titled Aladdin and the Sorcerer. Join in on the antagonism with some cash and watch as Aladdin’s victory leads you to glorious wins with a multi-tier re-spin feature!

Play Aladdin and the Sorcerer for Free

Dive into the Arabian nights: play Aladdin and the Sorcerer on Bob Casino or try out the free demo below:

The setup of this 5X3 slot is very simple, with Aladdin and the Sorcerer levitating on opposite sides of the grid & ready to take on each other with their magic charms. Its uncomplicatedness extends to the in-play with it only requiring players to use the + and – buttons to alter the coins per line, coin value, and total bet all at once. The large spin button in the middle of these buttons is all you need to set the reels in motion.

During the base game, you will only need to line up 3 or more of the regular paytable’s gems for rewards of up to 50X. There’s also a wild card, which substitutes for all the gems to complete a winning combination.

The main characters in the game are represented by bonus cards. These symbols can only appear on reel 1 &5 and when they do, their corresponding avatars outside the grid will use their charms to award 3-6 wilds resulting in more wins. Just like the wild cards, bonus cards will also substitute for all the regular paytable’s gems.

The Free Re-spins are activated when the bonus cards appear at the same time on reels 1 & 5. Here, the reels will re-spin until either the villain or the protagonist wins.

Before the clash begins, each character is given a health meter with 3 counters. A bonus card’s appearance prompts the corresponding avatar to throw a blow against the other avatar whose bonus card didn’t show up on the grid after the re-spin. What happens when there’s a winner?

The sorcerer’s victory marks the end of the re-spins. Aladdin’s victory, on the other hand, teleports you to Re-spin level 2.

In this round, you will be awarded 3 re-spins, where all wilds turn sticky until the end of the session. Even more intriguing, the wilds will have multipliers with values that increase by one after each re-spin. The multipliers will add up when two wilds show up on the same payline.

There are several Aladdin-based video slots out there that try to deliver a laudable performance of the story, while all the time rewarding you amply, but few quite do it like the Aladdin and the Sorcerer slot by Pragmatic Play. The way it pits this immortalized hero against the villain feels authentic & original, not to mention that you be drowning in epic wins no matter which character overpowers the other!