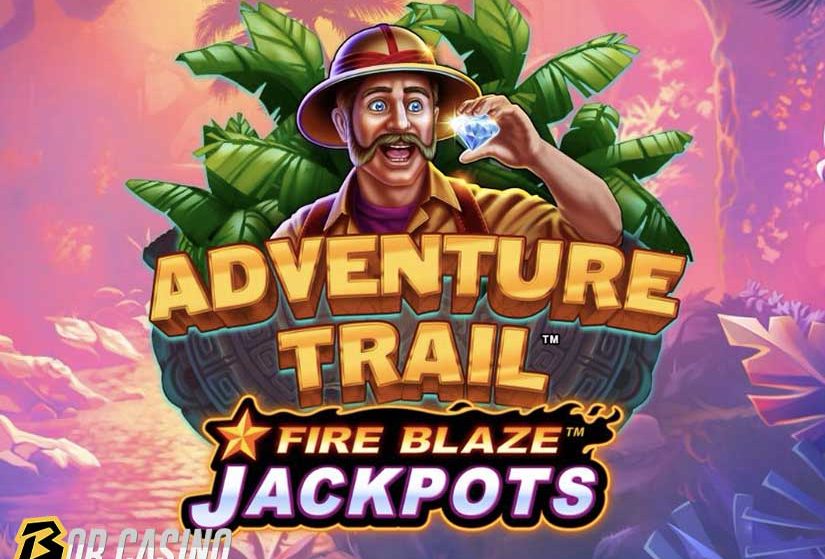 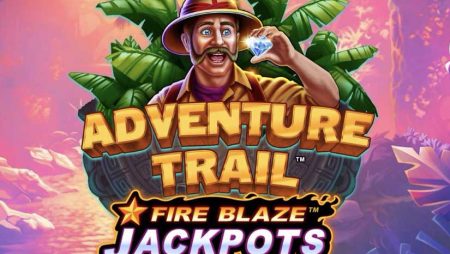 For the big win-chasers comes the Adventure Trail Slot from the Playtech-owned Rarestone Gaming. Four sizeable jackpot prizes reaching up to two thousand times the initial bet are up for grabs here, all thanks to the Fire Blaze™ concept introduced yesteryear by the said studio.

Although some might be hearing it for the first time, there are nearly ten Fire Blaze™ slots in the market already, with virtually all of them renowned in the iGaming universe for dishing out the premier prize many a time and oft. Adventure Trail, a slot that leads you into a treasure-laden jungle, should be just enough for you to experience all there is to this jackpot concept.

Head down deep into the jungle in search of treasures. Play Adventure Trail here for real money here or enjoy a free demo below:

It’s surprising how Rarestone Gaming has gone back to Fire Blaze™ on so many occasions and in such a short time without being tempted to make clones. Each of slots utilizing the concept so far is proof that they are living up to the promise they made back in April 2019 of dishing up a quartet of jackpots alongside varied styles of high volatility gameplay and a wide array of mystical and ancient culture themes.

In Adventure Trail, players follow the adventures of an explorer into a mystic jungle in his search for diamonds. That’s pretty much the storyline, as depicted by the symbols occupying the 5X3 grid, as well as the lush jungle in the backdrop.

Playable from just a fraction of a dollar to a big-budget half a g, the brand new Adventure Trail offers a decent RTP at 96.64%. That’s quite commendable as the previous releases in the series such as Eternal Lady, Sky Queen, Blue Wizard, and Pharaoh’s Daughter, to name a few, could only do 96.51% at their best. Moving on to the hit frequency, the exact value was nowhere to be found at the time of writing, but a comparison of this slot with its cousins showed that it was the better choice in terms of overall responsiveness by far.

As expected from this type of layout, winners are formed when 3 identical symbols are lined up adjacently on any one of 30 utilized paylines. The symbols involved are the explorer, an alligator, a pair of binoculars, a compass, and a bunch of blackjack icon fillers.

A treasure map acts as the wild symbol to take the place of all the regular pays to help complete a winning combination. It can only appear on reels 2, 3, 4, and 5, and just like in all the slots bearing the Fire Blaze™ logo, they can decide to show up stacked to increase the chances of landing wins.

The scatter, which is represented by a light aircraft, is the symbol to keep an eye for as you play for 2 reasons. One, it is a decent payer in the game’s paytable, with rewards of up to 50X for 5-of-a-kind lined up anywhere on the grid. And two, 3 appearances will always gain you into a 6 free spins bonus round,  during which the low-pay blackjack fillers will not show up on the reels.

Claim the Jackpots with the Fire Blaze Re-spin Feature

The Fire Blaze re-spin feature remains nearly the same as with all the other instalments in the series, with at least 6 appearances of a golden monkey sculpture giving the player a shot at the jackpot prizes displayed at the top of the grid. Upon gaining entry, the player will be taken to a jackpot screen, which works the same way as that of iSoftBet’s Gold Digger or Pragmatic play’s Pyramid King.

Although Adventure Trail has a weaker paytable and lesser paylines compared to most of the slots in the Fire Blaze Jackpots™ series, it is the undisputed champ when it comes to the math model stats. It, therefore, goes without saying that this is the go-to game for anyone looking to lunge in on one of the slots bearing this popular logo from Rarestone and Playtech.

Extended closure of Polish casinos
1 min ago
Recent Comments
Categories
Recent Posts
18+
Gambling News from NewsCasinoNew.com is made for the most passionate fans of online casinos and internet gambling. We cover everything: from popular gambling world events and trends to new casino slot game releases and reviews, you will find the latest news stories.