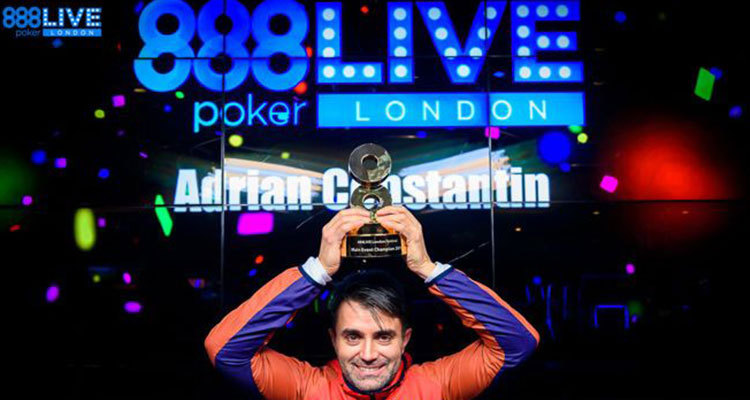 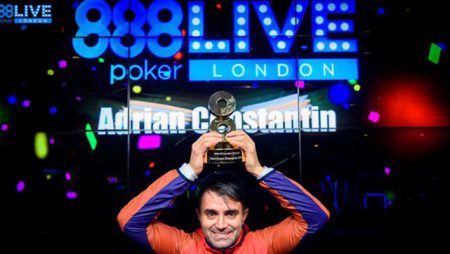 Across the globe, poker players take part in online satellites in order to earn a seat to major events. Adrian-Eugen Constantin is one such player. Constantin earned his seat to the 2019 888poker LIVE Festival London £1,100 Main Event by competing in a €33 online qualifier at the site. That small investment allowed Constantin to compete and eventually defeat Leon Louis in heads up play to earn the win.

The Main Event tournament is the flagship event of the poker festival, with a total of 518 entries taking place. This created a prize pool of just over £512,000. The top 63 players would earn a payday from the event. The event would eventually whittle down to Constantin and Louis, both of which had to the two lowest stacks going into the final table.

From the bottom, the two would grind their way to the finish line by taking out player after player until they were the only two remaining.

When heads-up play began, Constantin would be the chip leader with a three to one advantage. However, it would not take long for Louis to double up and then he was in the lead. Constantin would come close to elimination several times before he would finally overcome his competitor and the poker event would come to an end.

On the final hand, both were all in with Constantin in the lead. Louis held Q-4 with two pair and Constantin would flip A-J for the top pair and a chance at a straight. A-10 on the river gave Constantin the straight he needed to secure the win. Celebration ensued at Aspers Casino when Constantin was named the champion.