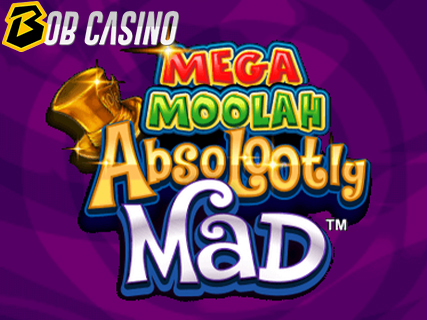 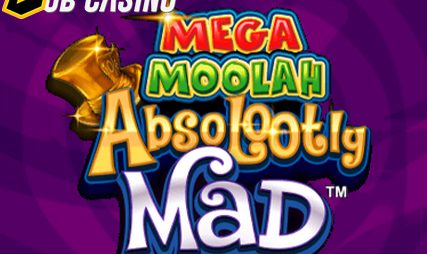 After a lauded introduction into the Microgaming roster of independent game developers back in 2018, Triple Edge Studios are now charged with the task of plugging one of their latest slots, Absolootly Mad, into the Mega Moolah Jackpot Network. That alone assures this slot a spot on the slotsverse hall of fame as this network has singlehandedly paid out more than one billion to lucky slot players since launch. The most recent life-changing payout was a whopping €10.7, which was paid to an anonymous player about a month ago.

Although much focus will be on the cumulative cash-pot, what this slot offers on the side isn’t a complete write-off either. For starters, it is based on the works of Lewis Carroll as depicted in the movie Alice in Wonderland, and this is one of the most iconic themes in the slotsverse. Speak of the execution here, it’s beyond spectacular, with the mad hatter taking the lead role to present the slot’s goodies in a tea party he is hosting. Are you ready to make history?!

Find out more about mad hatter adventures by playing the slot for money here or play Absolootly Mad Mega Moolah slot for free in a demo below:

If you are looking for a slots pundit who can give you a rundown of the major slots on Microgaming’s progressive network, you are in the right place. The original Mega Moolah slot was released back in 2006, then came Summertime & 5 Reel Drive in 2009, and now the two latest slots in 2020, Atlantean Treasures and Absolootly Mad.

No doubt, the first thing that draws punters to this kind of slots are the luring jackpot prizes flaunted somewhere along the edges of the grid. There are usually four of them whose values vary wildly but are always on the rise. That is until lucky players walk away with them and they reset to their seed value, then begin to rise again.

As with the other Mega Moolah Slots preceding it, Absolootly Mad opts to keep things simple with 5 reels and only three rows. The slot, however, utilizes a 243 win ways format to offer decent gameplay for everyone. After all, not everyone can win the top jackpot prizes on offer.

When it comes to the bets, you are allowed to place the lowest bets possible, but it’s good that you know that those who place higher bets have a higher chance of triggering the jackpot feature. To remain highly competitive for the progressive, make sure you stake something in the range of €10-50.

As you would expect, the volatility setting of this slot is medium to further ensure that the game can replenish the player’s bankroll from time to time as they anticipate dream wins. Meanwhile, the RTP is lower than usual at only 92.02% just below the previously released Atlantean Treasures’ RTP which was 92.08%. But still, considering the rate at which people are walking away with Mega Moolah jackpots, this slight drop makes sense.

Mad wins await you as soon as you get the reels spinning. You can see symbols such as card royals, pocket watches, teacups, cupcakes, the White Rabbit, the Cheshire cat, and the hatter, all of which you have to line up at least 3 from left to right to trigger a win. The mad hatter’s hat can also show up to help complete winning combinations with its substituting powers. One thing you have to note is that the reels utilize a rolling mechanism meaning that all symbols forming a win will disappear to allow others to roll from above and possibly form another win on that same round. And that’s not all! Every roll qualifies you for a higher win multiplier of up to X5!

On top of their substitution powers, the hats also act as the progressive trigger symbols. They will be collected on the teapot above the grid and when enough are collected, you will get to spin the jackpot wheel, which is represented by the backward clock from the adventures of Alice in Wonderland.

Bonus Round- Down the Rabbit Hole!

Other than the jackpot prizes, there are also mega wins to be won in the game’s bonus round where higher rolling multipliers of up to X15 await. To gain entry, you are just required to match at least 3 scatters on the grid at the same time.

As with any other slot on a jackpot network, there is only one question left to ask. That is, would you still play this game if it wasn’t plugged into the Mega Moolah Jackpot Network? Well, the answer is usually no since the original Mega Moolah slot, but the answer this time is a big yes. This slot sure surpasses all its predecessors in terms of what it has to offer on the side. Get rid of the jackpot and we would still have a superb slot!