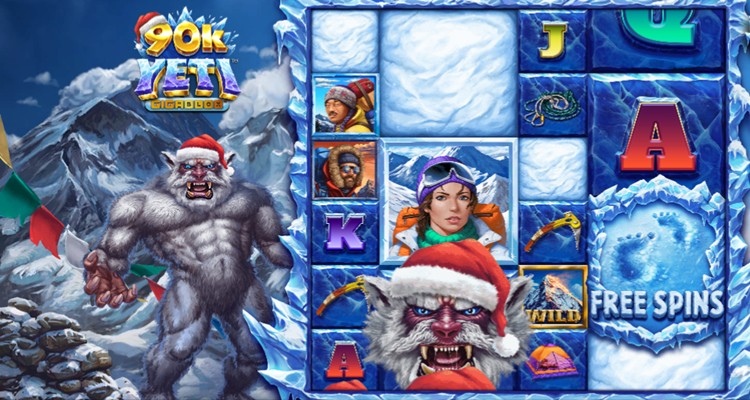 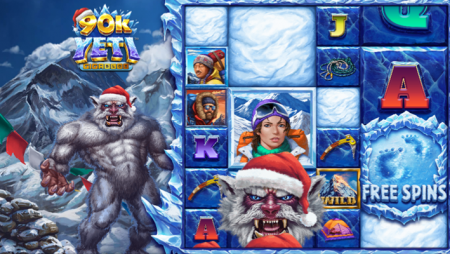 It’s time for the Yeti to come back to the reels, in 4ThePlayer and Yggdrasil’s latest collaboration 90k Yeti Gigablox. Adding in the popular mechanic, this new title offers a ton of ways to win plus the fierce yeti character!

This new game is the sequel to 9k Yeti, the first YG Masters title released by 4ThePlayer. This new title includes the Gigablox, which sees massive symbols fill up the reels to create huge potential wins. The slot is now offered via the operator network of Yggdrasil, following an exclusive launch via Entain brands.

Load the reels of this new online slot game and find yourself on the peaks of white mountaintops. The yeti stands guard beside the reels looking menacing and ready to pounce. On the reels, you have the classic royal icons along with climbers rope, the mountain climbers, the yeti of course, tents, and other icons.

With the Gigablox feature, at least one Gigablox can show up with each spin. Find the 6×6 symbols and you trigger an amazing 46,565 ways to win! There are also in-game features like Yeti Reveal and Snowstorm Shuffle to uncover. In the Yeti Reveal, Snow Blox are destroyed to reveal winning symbols underneath. In the Snowstorm Shuffle, the reels are shuffled to create new wins.

Players can also earn extra spins from the scatter symbol. Earn five or more to trigger the round. You earn one spin for every triggering scatter. Every scatter you earn during the round gives you one more spin to enjoy!

Henry McLean, Co-founder and Commercial & Marketing Director at 4ThePlayer, commented on the new game by stating: “In our latest YG Masters creation we return to the great maths and theme of the successful 9k Yeti slot but with even more engaging features and frequent wins on offer.

“We have been very impressed with the performance of Yggdrasil’s Gigablox™ mechanic so we are thrilled to incorporate it into our own content and bring fantastic entertainment to players across the globe with 90k Yeti Gigablox™.”

This is not the first slot that Yggdrasil and 4ThePlayer have worked on this year. Back in September, the two announced the release of 10x Rewind. This unique time-traveling game has been a big hit among players. It includes the Rewind Time Win Spin mechanic, offering a unique spin on gameplay.

The slot also includes Rewind Time Win Spins, where you earn 5, 7, or 10 spins of the reels. Rewind your gameplay and earn previous wins again, which is a bonus for every player. Past scatters can be replayed to boost wins with up to a 3x multiplier also on offer.